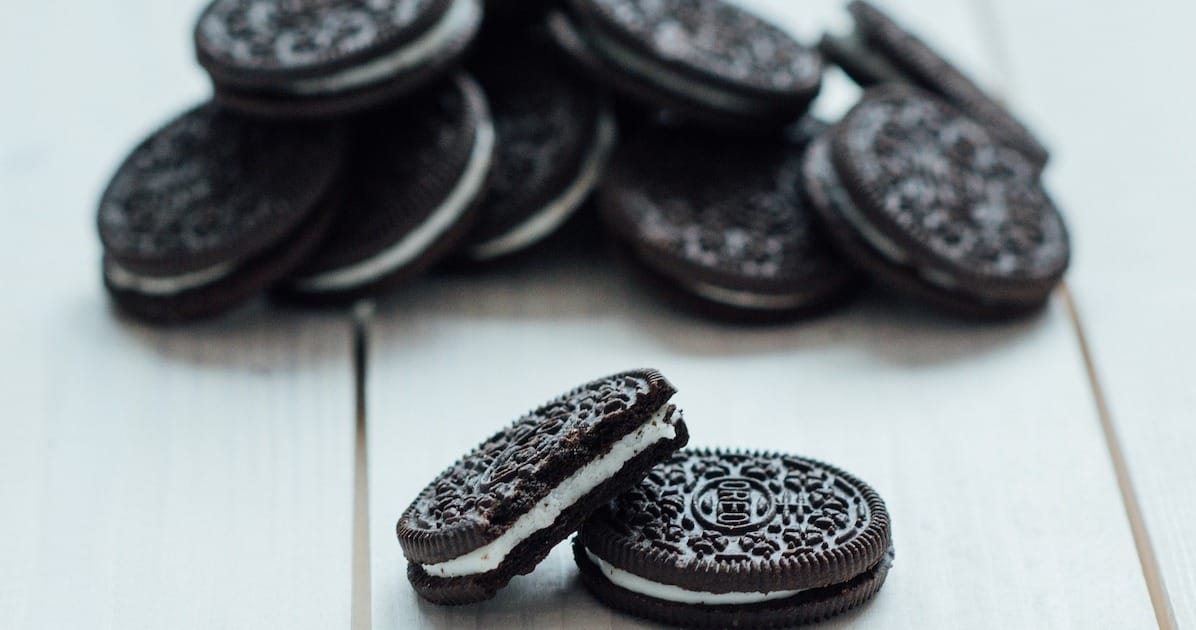 As you may know, Oreo cookies are usually considered vegan. While they may contain milk as a contaminant, they’re still practically vegan and can be included in a vegan’s diet. It has been widely known since PETA tweeted about it at the end of 2018 – Oreos can actually be a part of a vegan diet. However, you should not buy Oreos in Japan. Why? Because the Oreos sold in Japan are not vegan!

”Japanese” Oreos are not really Japanese

First of all, I must explain what I mean by Japanese Oreos. I’m talking about the Oreo cookies sold in Japan with Japanese ingredients list printed on them. While these cookies are packed for Japanese market, they are actually not made in Japan. Where are they made then? Well, they are actually made in China.

Snacks produced in China are a very common sight in Japan. For example, Mentos is also usually made in China, not in Japan. This may be due to the price level as production in Japan is remarkably more expensive.

While we do not know why they decided to change the recipe for Oreos, we can look into the ingredients to see why exactly they are not vegan-friendly.

What’s included in the Oreos sold in Japan

While I’m not going to translate the whole list, I’d like to pick up 2 of the ingredients: ホエイパウダー (hoeipaudaa, “whey powder“) and 乳糖 (nyuutou, “milk sugar”).

Whey powder is a powdered form of whey, while whey refers to the liquid remaining after milk has been curdled and strained. I used to make cheese at home and it resulted in some whey as a byproduct – just further stressing the fact that it’s definitely not vegan.

Nyuutou or “milk sugar” is translated as lactose. It’s used as a sweetener and it’s actually made of whey. And no, it’s not vegan.

While it’s a pity that Japanese/Chinese Oreos are not vegan, you probably should not be too sad about it. After all, you can still buy more vegan-friendly Oreos in other countries. Besides, a very strict vegan might actually question eating them to begin with since there’s the danger of cross-contamination – especially if you are vegan for ethical reason.

Luckily, you can find plenty of other delicious treats in Japan – check our Sweet Snacks corner for starters!